Well, folks. We did it. We made it to the 6 month mark. We’re officially in a long-term relationship. I had no idea how this was going to go, but it turns out, you’re the cinnamon to my coffee: sweet, kinda spicy, and entirely necessary to my morning routine. 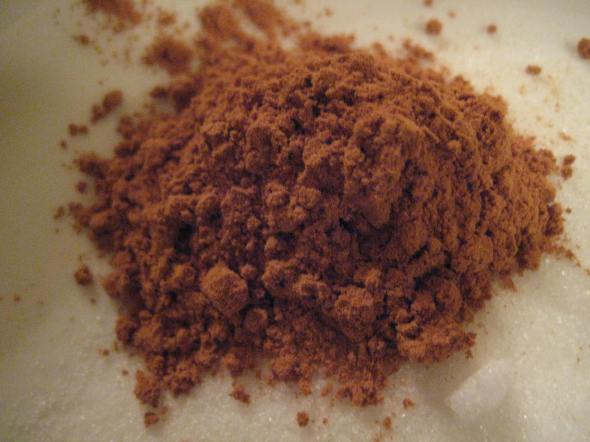 My first gift to you, Supper Clubbers, is a less-is-more upgrade. That’s right – no more annoying Ads at the bottom of the page and no more “.wordpress.com” in the blog name. We’re official. And by official, I mean officially awesome.

My second gift to you is a recipe for these adorable Snickerdoodles. Have I mentioned that cinnamon is an indispensable part of my life? I went looking for an easy recipe that required no trip to the store and these little darlings just jumped off the page of Nigella’s How to be a Domestic Goddess. As Nigella says, they are more like an oven-baked doughnut than a cookie: cakey, bite-sized, and cinnamony. Has your sweet tooth kicked in yet? Here goes! 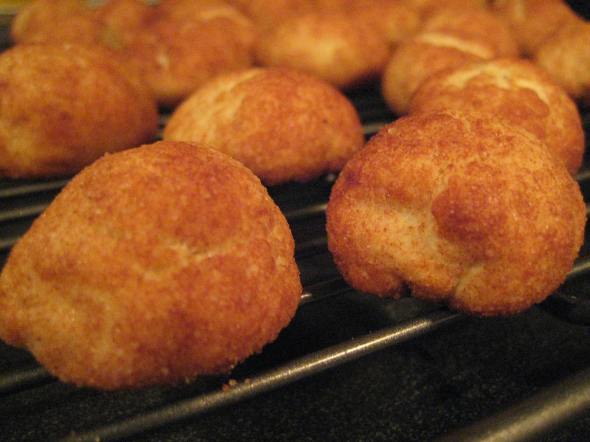 Snickerdoodles – Nigella Lawson’s How to be a Domestic Goddess: Baking and the Art of Comfort Food 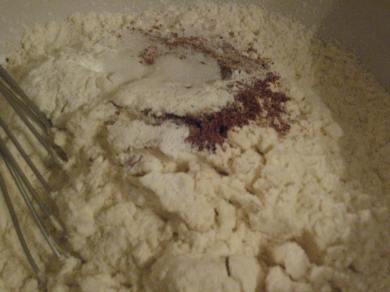 A few things to note:

-They really do resemble doughnuts! Cakier, less moist doughnuts, but doughnuts none the less. We shared them with friends who immediately named them as such, so I’m not just saying that because Nigella says so!

-Who the heck measures in thirds of a cup?! Not me. We eye-balled it, using some of Heather’s fraction expertise and our measuring cup + scale (which only measures in fourths and eights). All turned out well. Baking doesn’t always have to be as exact as you may fear.

-Our oven is finicky, so I don’t usually bake more than one pan at a time, but I was feeling lazy. I found them to be slightly overcooked, particularly the batch that was on the lower oven rack. I’d start with 12 minutes and go from there.

-I had about half the amount of cinnamon-sugar left over. It didn’t go to waste, as we decided to make some homemade cinnamon ice cream later that night. But you could probably start with 1 tablespoon of sugar and 1/2 tablespoon of cinnamon and then add more, if needed. 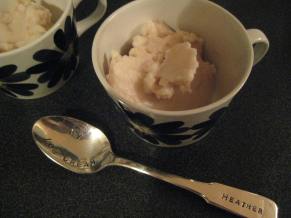 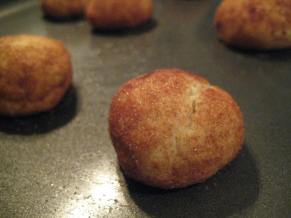 Enjoy these with some ice cream, with your morning coffee, or as Nigella suggests, with a warm bowl of poached plums and some cold crème fraîche. Celebrate a blogiversary, a birthday, your new job, or getting through a Monday. And come back often to say hello! : )