Well, it’s been a cupcake kind of week. (Is there a better kind of week?) Since I had some leftover ginger cream cheese frosting, I figured I would try another batch. (This is a much better plan than going at it with a spoon for a midday snack.)

On Thursday, Heather hosted a small group of students and educators for a late afternoon discussion on school culture, so I figured I’d sweeten the deal with some treats. (I’m incorrigible.) Since we still had some leftover apples from last week’s farmer’s market run, I decided to give apple cupcakes a try. I basically just cut Martha Stewart’s Apple Cupcakes recipe in half and substituted some Penzeys apple pie spice for nutmeg. Here goes! 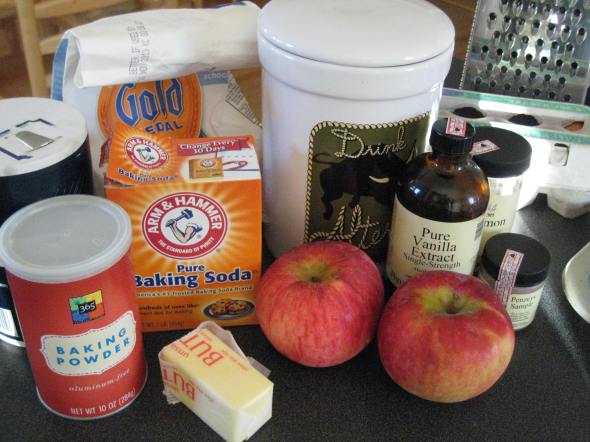 Ignore the baking powder in this picture. I grabbed both the baking powder and soda from the pantry at the same time. Those two just go together in my head – leaving one behind is like passing the salt without the pepper.

Look at all that shredded apple goodness!

So, here’s the thing. These puppies had to bake almost TWICE as long as Martha claims. I’m thinking that part of the problem was that when measuring my apples, their weight and density was such that they became packed into my measuring cup. In the end, I think I had a lot more apple than the 2 cups it called for (even though it looked like 2 cups to me). But after about 30 or 35 minutes, (I lost track) my trusty toothpick finally emerged from the cupcakes clean. Somehow, the bottoms didn’t burn, either. Whew! 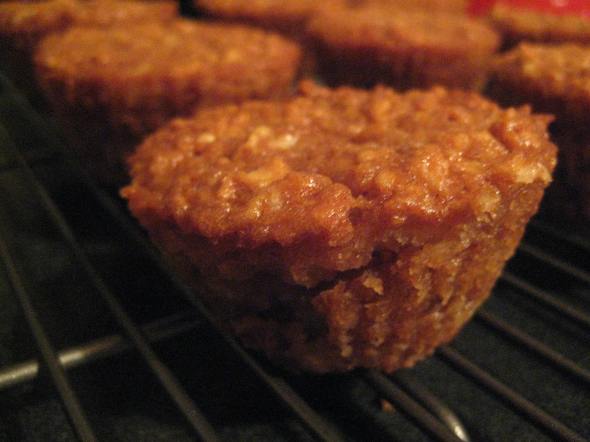 These are definitely dense cupcakes, but the flavors are really nice. Very appley (yep) with nice hints of cinnamon sweetness. The ginger cream cheese frosting is a lovely complement and adds some spice. All in all, they were a great success!