I like to brag about my “award-winning banana bread.” A few years back, a few of us had a banana bread bake-off that involved blind taste tests – and I won. Fair. And. Square. (And I never let my friend Marisa forget it.)

The ingredients in this recipe are oceans away from the award-winning recipe (which has finally been revealed), but it’s almost as delicious. I made it because this morning I woke up famished, but without any milk or eggs in the house. As I searched the kitchen for something better than toast, I found three brown bananas hanging out in the freezer. Bingo!

Next, I went in search of a recipe that would meet my ingredient requirements and landed on this one from Cheap & Simple Vegan recipes. I made several tweaks, including substituting real butter for vegan butter – which is why it’s *almost* vegan. Here’s my version. (I was too hungry to take pictures during the process. Sorry!) 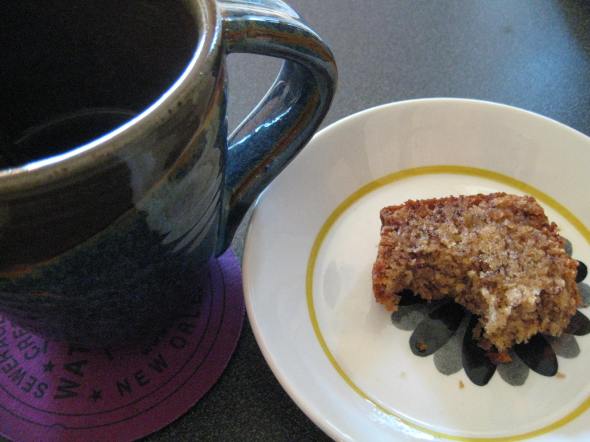 This was surprisingly similar to my very non-vegan award-winning recipe! It was moist, with a crispy outer crust (which is how we prefer it) and a sweet banana flavor. If you don’t love a crispy top, you can take the the advice of Mara (of Cheap & Simple Vegan Recipes) and cover your bread with tin foil after 15 minutes of baking. 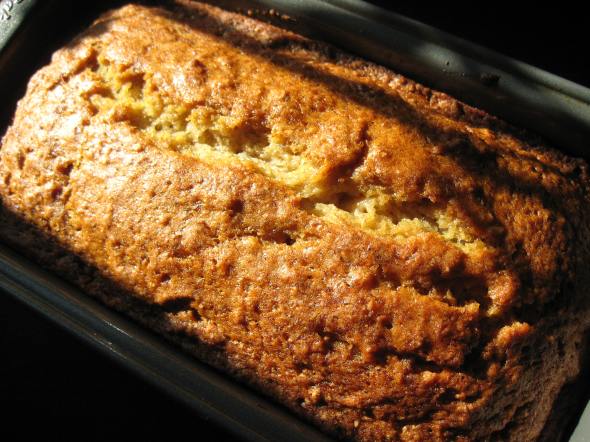