Asparagus Farrotto aka Spring in my Mouth

Sometimes it feels like all I talk about is the weather. (Annnnnd now I’m talking about talking about the weather. Great.) But when you are committed to cooking as locally and seasonally as possible, you live at the mercy of Mother Earth and her cycle of seasons. So, when armies of tightly bound asparagus start outnumbering stray beets and parsnips, it’s a sure sign of spring. Hallelujah!

If you’ve made risotto before, you know that it’s a super versatile dish. Once you’ve got the basics down, you can make all kinds of adjustments. You can use whatever veggies are in season, swap out the herbs and seasoning, and even try different grains. Here, farro stands in for the more typical arborio rice, providing not only added nutrition, but also a bit more texture. The original recipe included kabocha squash, but having been through a long winter, I couldn’t bring myself to include it. Instead, asparagus plays the lead role, with its loyal co-star, lemon. Here goes! 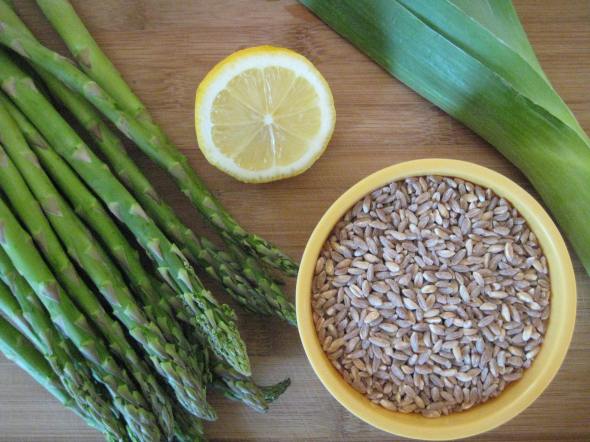 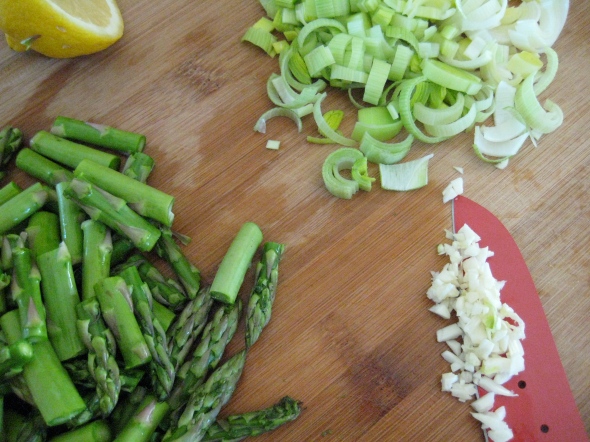 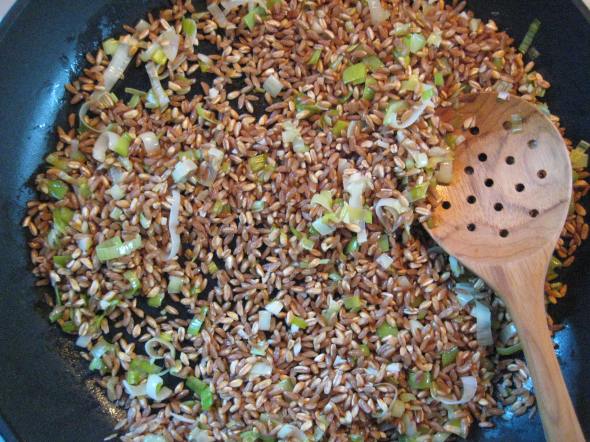 I definitely needed to boil off some of the excess liquid. I also found that the farro did not become nearly as creamy as an arborio risotto. That’s most likely because farro is not quite as starchy as rice, but it’s also possible that my technique was imperfect (Me? Never!). I followed Liana’s recipe in terms of the ingredients, but since I did not include squash, I didn’t follow her suggestion regarding how and when to add the stock. Instead, I basically followed the directions from this risotto recipe. After it cooled for a while, the farrotto did firm up and become a bit creamier.

The flavor, however, was fantastic! Who needs creamy when you’ve got lemony asparagus layered with earthy, toothsome farro, and sautéed leeks? I confess that I added just a touch of freshly grated parmesan cheese, but it was completely unnecessary.

2 thoughts on “Asparagus Farrotto aka Spring in my Mouth”